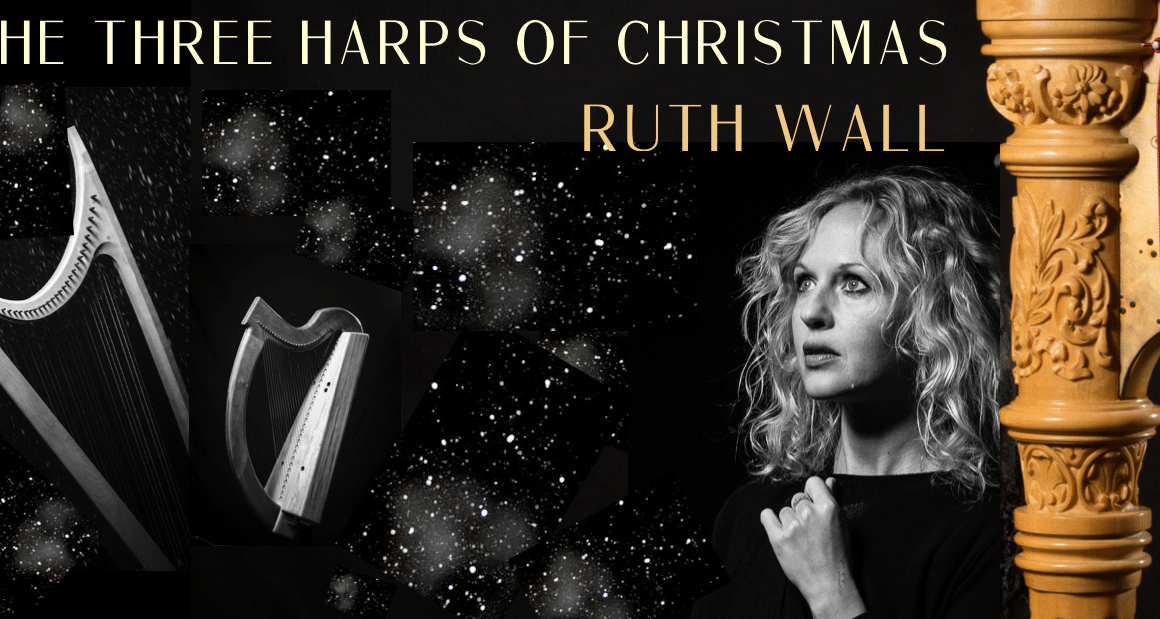 On 12th December Scorrier House will host a unique Christmas Concert: The 3 Harps of Christmas.

For one Christmassy evening, famed harpist Ruth Wall will play traditional carols in the grand hall at Scorrier, while award-winning composer Graham Fitkin traces their history.

Ruth Hall has played in such venues as the Berlin Philharmonic, Sydney Opera House, Spiral Hall Tokyo, and Glastonbury. However, her performance at Scorrier promises to be far more intimate and exclusive as the hall is decked with christmas decorations and candles. The hall’s proportions means only a limited number of tickets can be purchased.

The Christmas spirit does not stop there. In the interval guests will be invited into the drawing room for a complimentary glass of prosecco and mince pie (or alternative refreshments).

For tickets to this event please visit our ticketing page.

To get into the Christmas spirit have a listen to some of Ruth’s carol performances:

Click here for tickets to the 3 Harps of Christmas