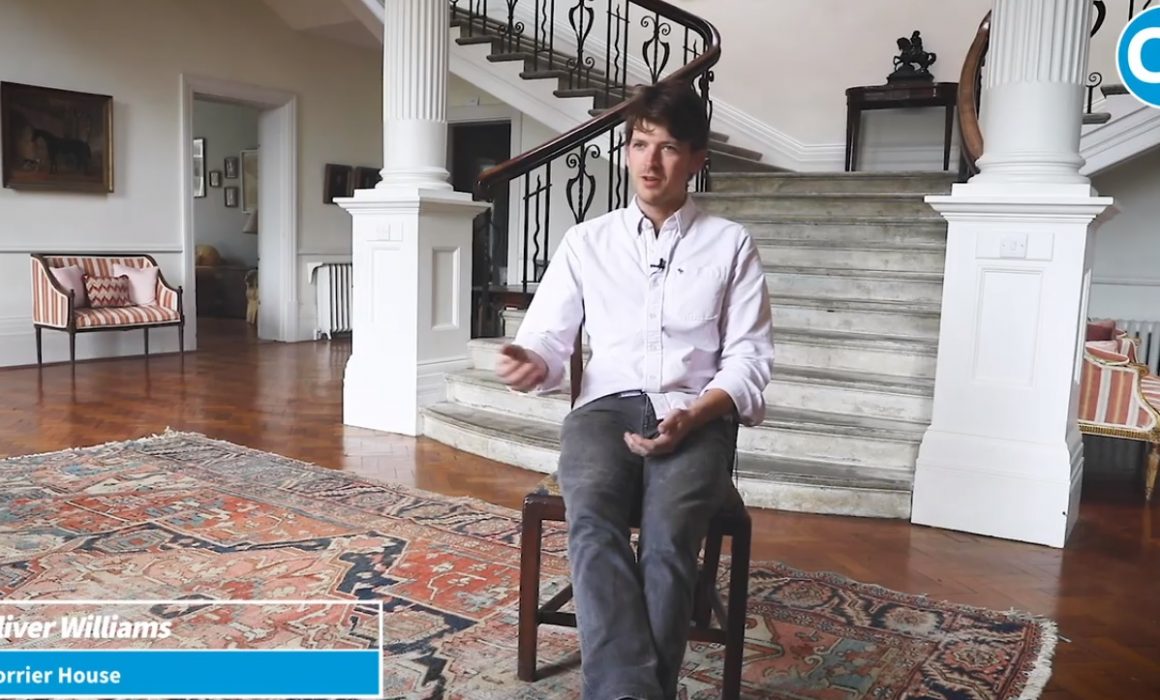 Scorrier House’s Ollie Williams (not the one on Love Island!) gives a short history of this Cornwall historic home, from farming to festivals. (This article was published in The Cornishman and Cornwall Live on 12th January 2020. Images published here are by Scorrier House).

The 33-year-old Ollie Williams is the youngest in a long line of his family to take an active role in the running of Scorrier House.

His parents, Richard and Caroline, were the first to veer away from farming to keep the roof over their heads and cope with the enormous costs of owning and managing a grade-two listed property.

Ollie’s three sisters are leading their own lives away from the estate where their ancestor once made his fortune in the tin mining industry.

While his parents are still very much involved in the running of the estate, it will come down to the Forbes journalist to continue the family tradition and find ways to keep the estate going and the tax man from the door. 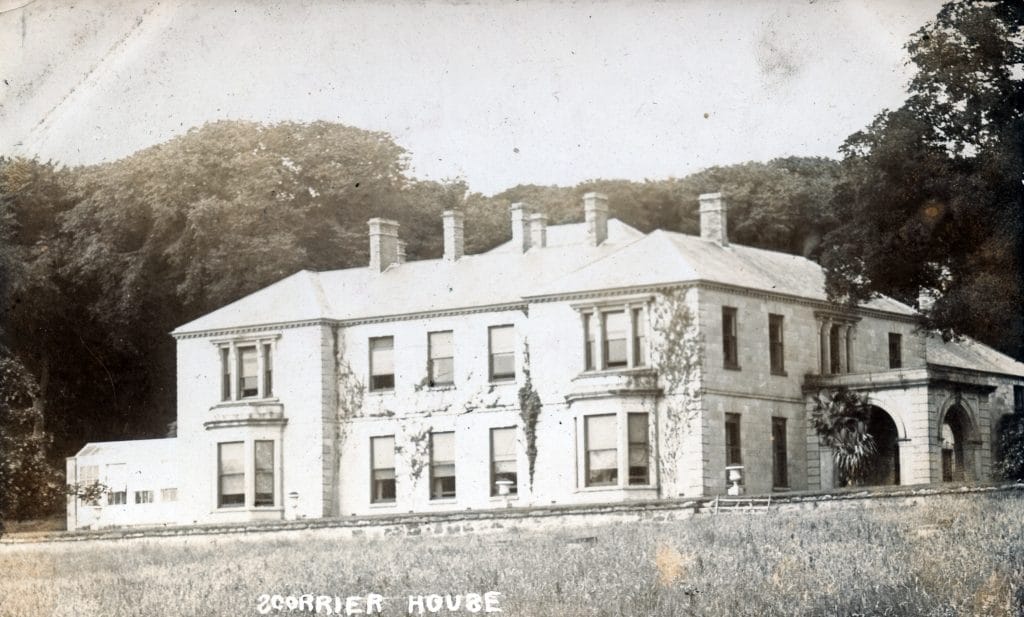 Built in 1780, the house was added to over the ensuing decades and now encompasses five bedrooms and a plethora of other rooms all grander than the next – used now to host functions and wedding parties.

“Ironically, we now live in the servants’ quarter as all the big rooms are used for public use,” said Ollie.

After the heyday of tin mining, the Williams family acquired Caerhays Castle, which continues to be run by Richard’s distant cousin, Charles Williams.

As with Caerhays, Scorrier found a new focus in dairy farming, something that continues to this day. Scorrier estate is home to a rare breed of North Devon cattle. 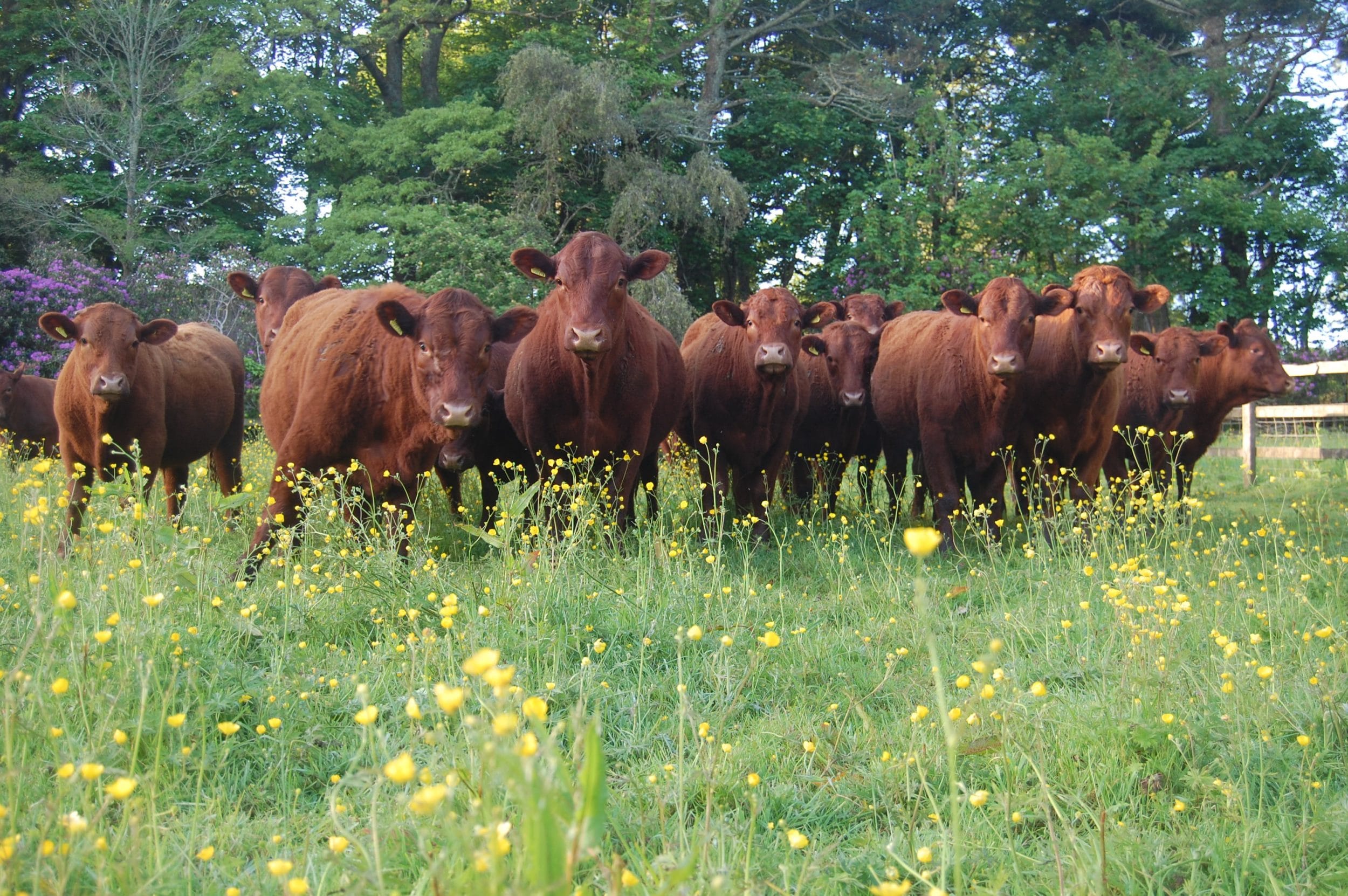 About 30 years ago, Richard and Caroline had the vision to move away from farming and were the first to open a rural business park in Cornwall.

It was not so much driven by trying to avoid paying inheritance tax, said Ollie, but by economics.

“My parents had this vision of moving away from farming so they could continue to live here,” he said.

“You can’t live in a place like this like a normal house. It is so expensive to keep it heated and watertight.

“We had farming buildings on the estates that were kept for keeping tractors and grain.

“My parents decided to convert them into offices and create this rural business park. They even received an award from the Prince of Wales for it.

“It’s very eclectic. There is a radio and wifi business, a swimming academy, a therapy centre and a generators company. We actually use a lot of them when we put on our own events at the estate.”

Altogether there are 11 units on site, which have been continuously trading since day one. 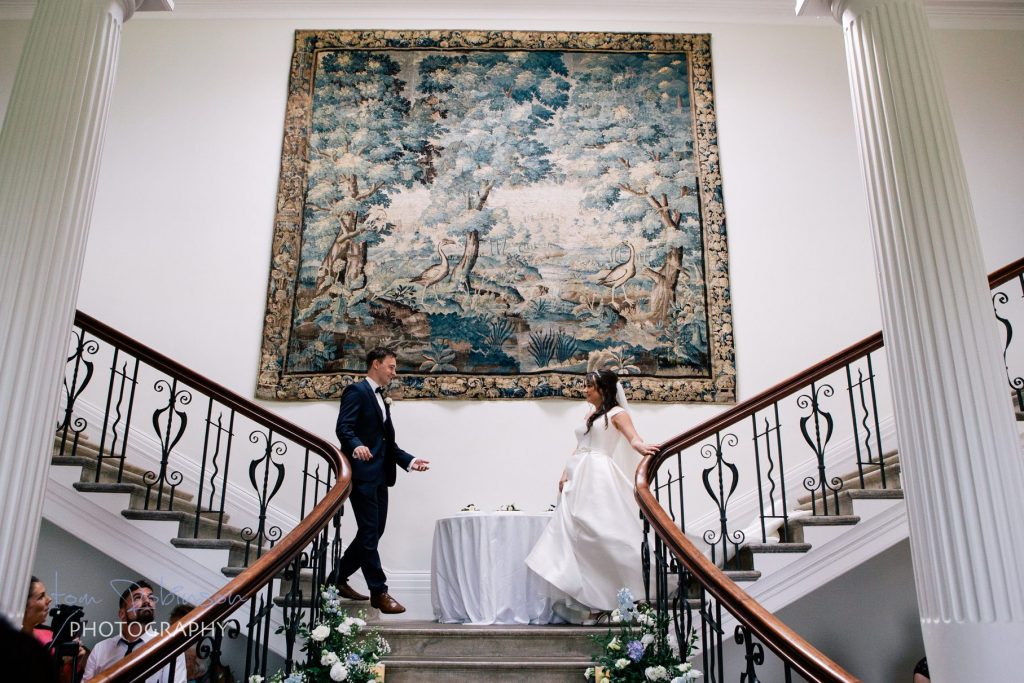 Long before Scorrier House became the home of the Great Estate festival it started hosting weddings.

“My parents have seen it all before,” said Ollie. “They started running outdoor events in the park 30 years ago. They started hosting weddings in the house too.

“Couples who want to get married here have the full run of the house. It’s very beautiful and picturesque. They can get married on the grand staircase and hallway or in some of the side rooms or outside.

“If you want privacy for a conference or corporate event, then no one will know you are here. Scorrier House is perfect for that.”

Scorrier House hosts about 15 weddings a year, with some of the guests also staying in the holiday cottage on site, which was once a stables block.

“We don’t want to be a wedding factory,” said Ollie. “Some hotels have weddings twice a day at weekends. That’s not who we are. We want to keep it special and exclusive for our guests.”

Over the years, the estate has also hosted many charity events, including for St Petrocs, Sowenna, Macmillan and Cornwall Air Ambulance.

Ollie added: “It was about five or six years ago that we looked into having a music festival but it truly got off the ground three years ago.”

The festival, which this year attracted about 7,000 revellers over three days, is aimed at everyone, young and old, couples and families, and wants to be the “most rambunctious garden fete” in Cornwall. 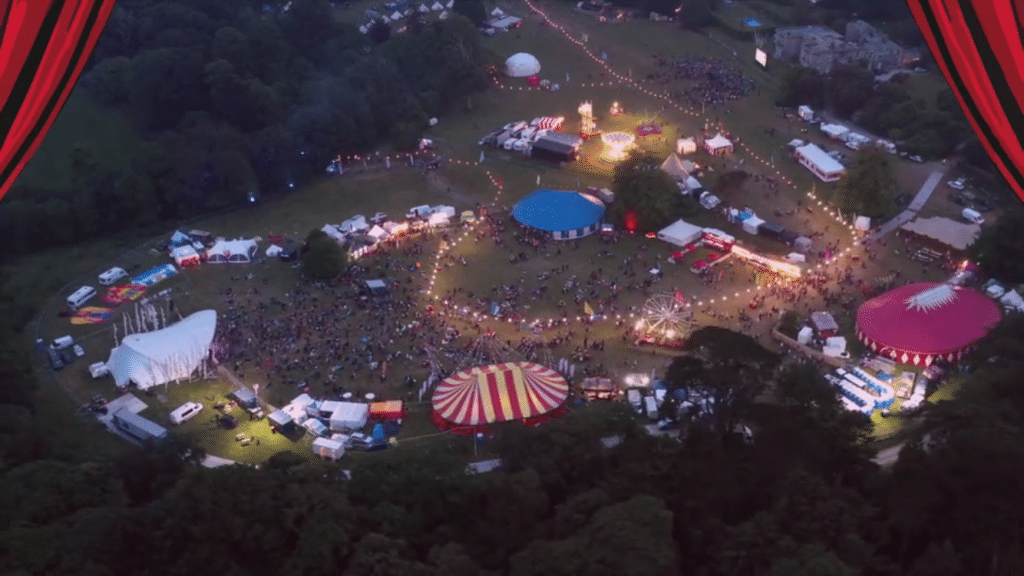 “We’ve had all sorts,” said Ollie. “One year we had camel racing and another we had hot-air balloons and Mexican wrestlers and jousting.

“In terms of music it ranges from classical to funk rock and reggae.

“The reception has been phenomenal. We expected about 1,000 people to turn up the first year but we were struggling to find car parking spaces for everyone.

“Since then it has been consistently growing and this year we had 7,000 people on the Saturday.

“It has involved a lot of logistics to get it off the ground.

“We have to create a road and bring water pipes in and find space for campers and cars. As soon as one festival ends we start planning the next one.”

Over the years, the festival has seen The Charlatans and Echo And The Bunnymen play, as well as a host of well-known DJs.

“My parents have done a good job of diversifying the business,” said Ollie. “That’s something that needs to continue.

“There are a lot of outdoor events that we could run here, like outdoor theatre and small events. We have this amazing outdoor space that’s full of history. The garden and woods are beautiful. I see more smaller concerts and events being organised here, including nature walks.

“With so many old trees and habitats for owls, birds and insects, we have to get the balance right between being mindful of conserving and preserving the natural environment we have here and the events we organise.” 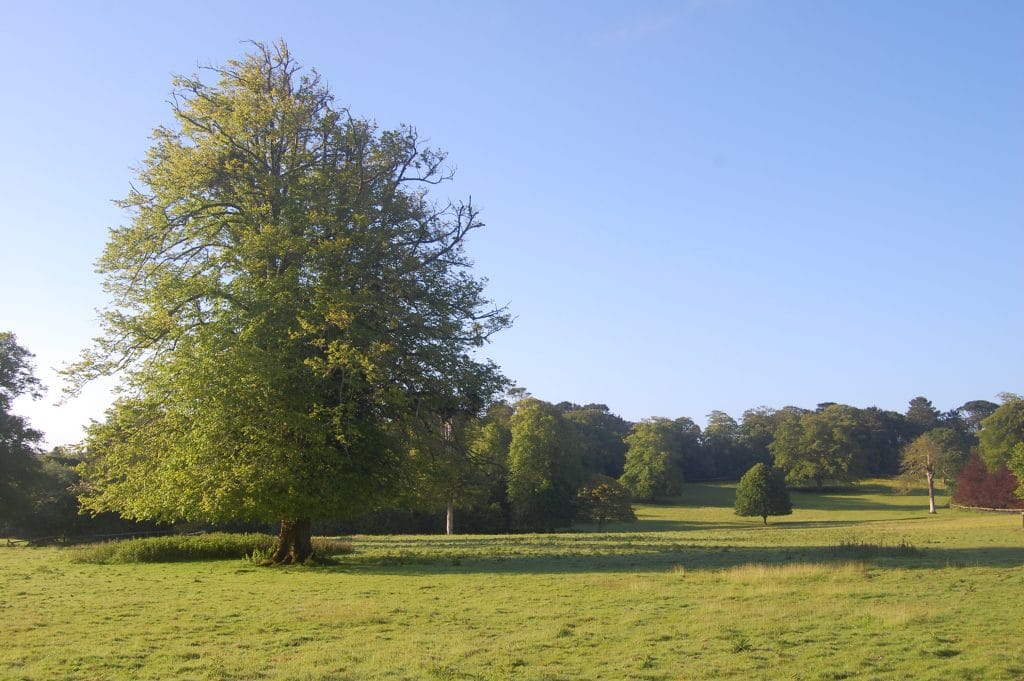 While outdoor theatre and silent discos are something which have been popular, Scorrier House is unlikely to organise a secret gin garden in the woods again as it has not proved as successful as it was anticipated for the efforts and infrastructure involved.

The family admit that with so many unknowns about the upkeep of the house and grounds, they can’t really have grand plans for the future.

“You never know if one year you’ll have to replace the roof,” said Ollie. “That would take out all our savings so we have to plan on the hoof a little bit. I’m dreaming all these different ideas for when we have the money to do so.

“We shouldn’t be ruled by history and the fact that seven generations of Williamses came before me.

“But at the same time this is a beautiful place and we want to keep it that way.

“From a business point of view it gives me immense pleasure to have thousands of people come away having had an amazing weekend and a great time.”